Back to Steenberg Ridge 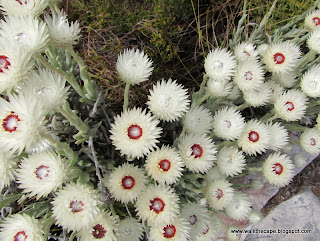 Previous walk on this route here.

Dorothy and I met on Sunday morning for a short walk in our favourite spot: Silvermine. Our plan was to walk along Steenberg Ridge, a walk I've only done once and in the opposite direction. This time we would be doing it clockwise, so we followed the signs for Elephant's Eye and climbed up out of the valley until Constantiaberg came into view. Everywhere around us we saw clumps of the white everlasting Cape snow, Syncarpha vestita. 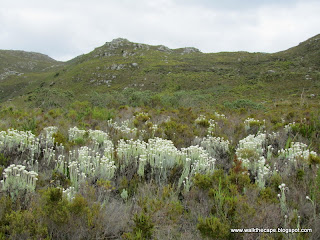 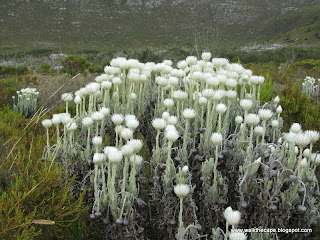 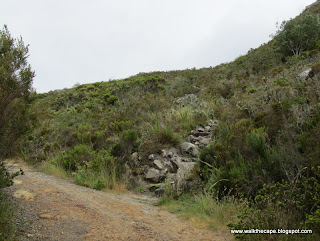 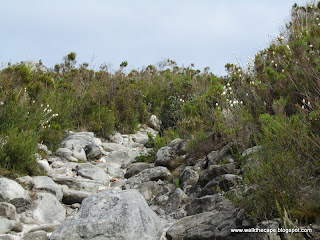 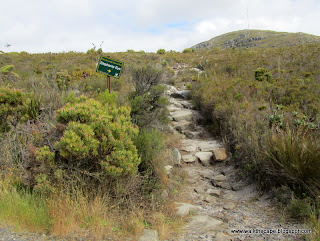 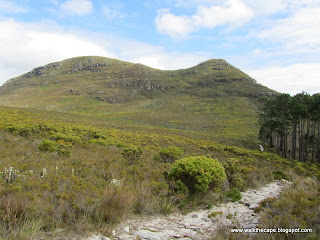 We also saw Edmondia sesamoides, a pale yellow everlasting. And the occasional splash of pink from a teeny-tiny-flowered erica. 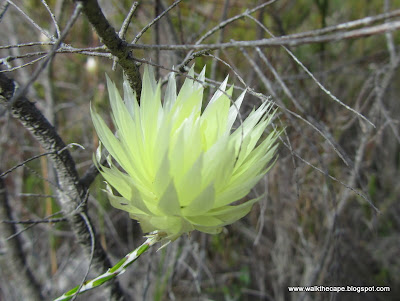 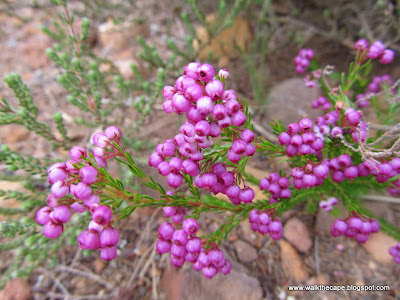 We turned right onto the path that would lead us down the length of the ridge. On the way we met another group of walkers. We recognised the cute Coco from Walkies on Table Mountain blog (with her human and other canine walking companions of course) and stopped to say hello. Don't know why I didn't take a picture though - silly me! 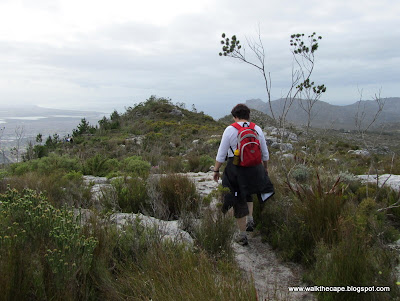 It was rather a grey morning and the wind was very chilly, so we wrapped up warmly on the exposed rocks and walking quickly. It was all mostly downhill though and very easy. 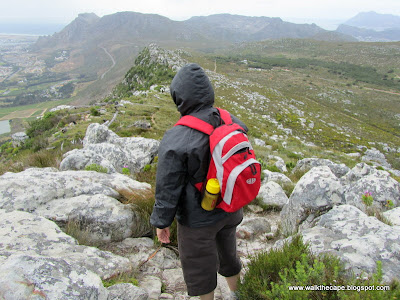 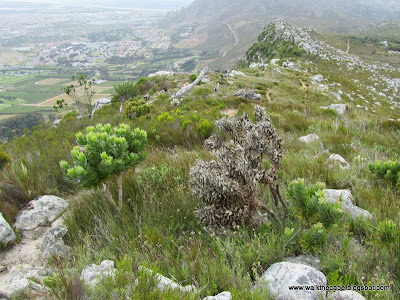 In the protected hollows between the rocks plants were thriving. 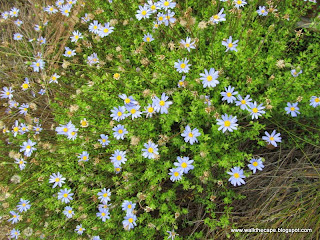 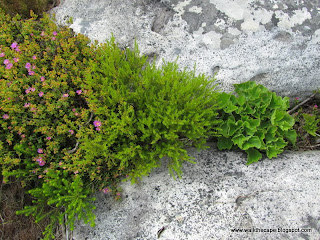 The views were awesome. The Southern Suburbs and Cape Flats to our left. 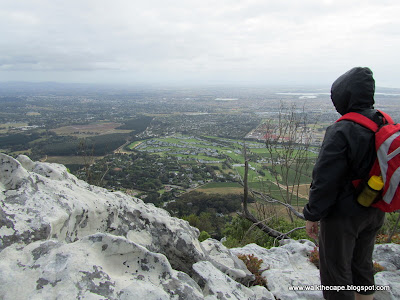 And to our right the rest of Silvermine and mountains beyond. We also got a pretty good view of the tented camp below (part of the Hoerikwaggo trail). At the end of the ridge we followed the path down and went to have a closer look at the camp. Looks nice doesn't it. 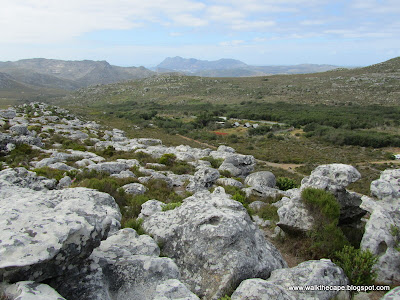 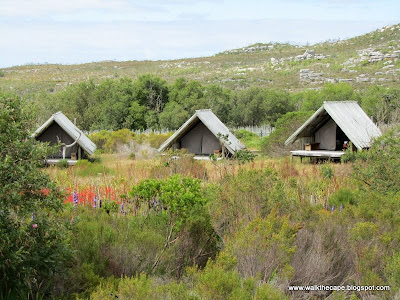 We ambled back along the road. The sun was coming out now and we were somewhat protected from the wind in the valley, so we took our time and enjoyed the fynbos. 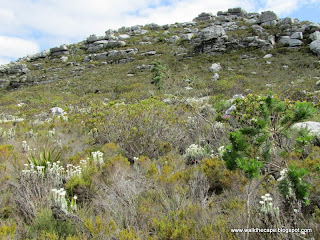 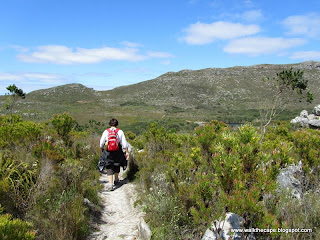 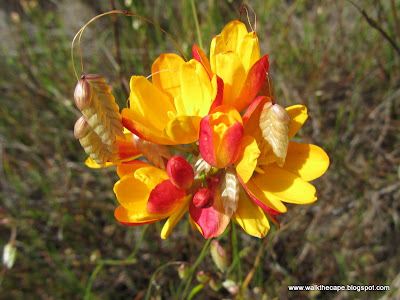 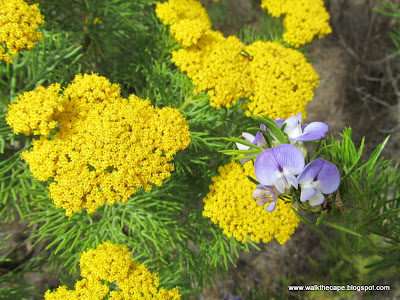 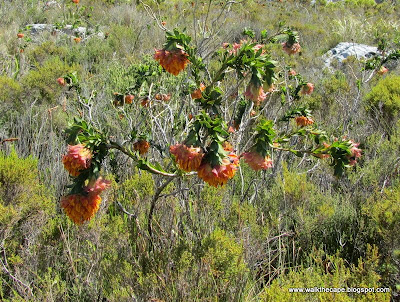 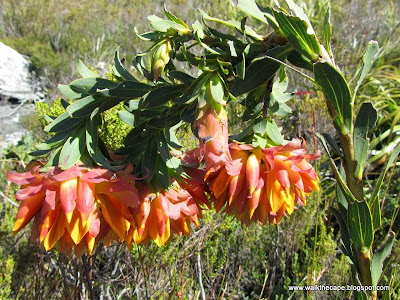 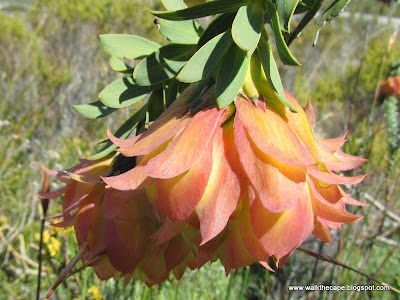 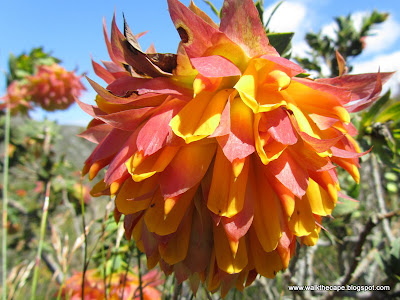 As always I am amazed at the fantastic natural areas you have so close to the city. It does look like it was a chilly day.

It was most exciting to meet you and Coco was very chuffed to be recognized! We must do some more walks together. I wondered what was down the path to the left and it was interesting to see you photos of the trail camp. It does look nice. Today was so hot after such a chilly Sunday - crazy place Cape Town.

The camp does look nice. Beautiful scenery.
I love the Ixia in particular, quite different to any I've seen before.