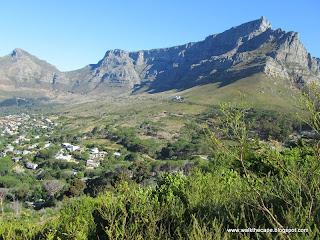 For the archive of Lion's Head walks see here.

This was my first walk in ten days. I didn't meant to take such a long break from walking over the festive season but between work, various other commitments, uncooperative weather and extreme laziness it just ended up that way. I enjoyed the rest, but by the start of this week I was itching to get out on the slopes again. So.... back to Lion's Head! 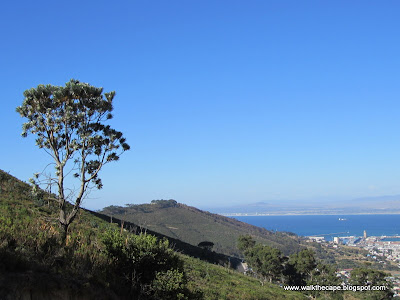 By the end of 2010 I was happy that the weekly "training walk" programme I'd been keeping to for the previous seven weeks had done what it was meant to. I felt much fitter, and confident that I'd manage the 5-day hike coming up in March just fine. For the next two months I wish to maintain my fitness level by continuing to walk regularly. I'm not going to try to follow any particular schedule though, but rather just walk as often as I can. This will include my favourite routes in the city bowl (Lion's Head, Kloof Corner and Sea Point Promenade) as well as other walks... every weekend and once or twice during the week as well, if at all possible. 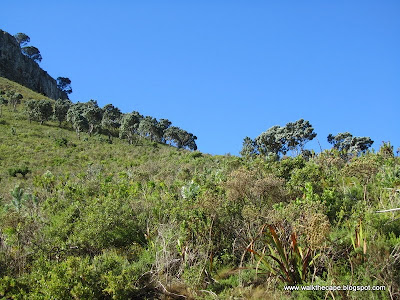 The walk: We started out at 5pm, but as it's midsummer now, it was still hot and sunny. So we took it slow up the familiar path. The recent rains meant that the fynbos was looking green and lush, and the south-easters had blown all the smog away. The skies were clear blue and Cape Town was looking gorgeous! 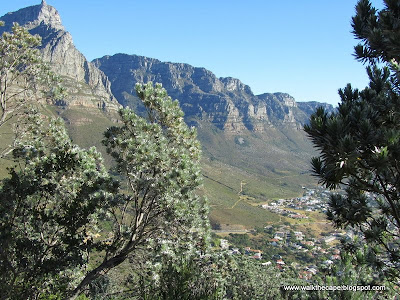 We were walking west and into the sun and, boy, was it hot! The sun glinting off the sea was blindingly bright, and the cicadas were screeching. Even though it was late afternoon I could feel the sun burning my skin, and as we walked around the bend and out of the breeze the air felt dense. Urgh! I'd forgotten summer could be like this. Neither Michele or I handle the heat at all well, and it seems to be getting worse as we get older, so we found it rather hard-going. It was a different feeling from struggling along due to being unfit - we could feel that the strain we were taking on this walk was all about the heat. Just being outside was bad, but exertion made it so much worse. We decided not to continue all the way to the top as planned but instead, at the fork, took the lower circular path. 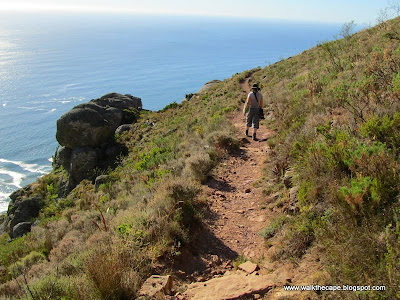 This route took us along the side of the mountain and down towards the kramat. It was mostly along the level and then down-down-down. There was no shade or breeze of any kind until we got to the last section of the walk on the eastern side. Although I felt fine - just very hot and thirsty - after the walk about an hour later I got a fierce headache and nausea, and felt terrible for the rest of the evening. This experience was a bit of a wake-up call about walking in summer. For me, it is just not fun to be in the sun on very hot days! Walks need to be later in the afternoon/evening (or very early in the morning) and maybe in a place with shade. The next month or two are going to be a challenge. 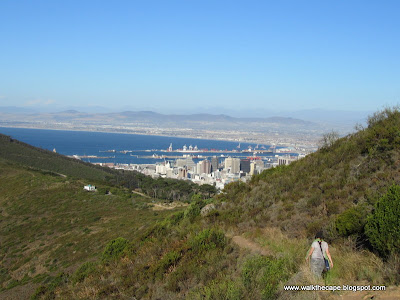 There wasn't much in flower out on the mountain slopes, but we did spot this pretty pink flower. I think it is Orphium frutescens. 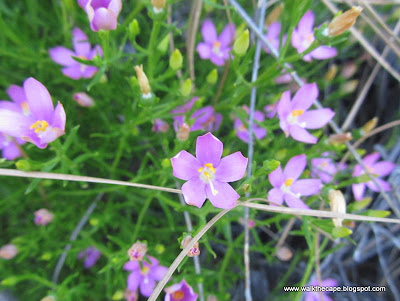 And good old everlastings too! 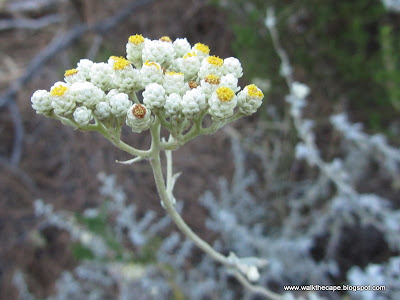