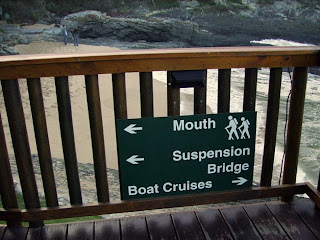 After a fun morning at Birds of Eden and a late lunch at Finebush Farmstall, we stopped in at Storms River.

As time was short we opted to do the Mouth Trail that leads from the rest camp to the suspension bridge at the mouth of the river. The route out is only about a kilometre long, and easy walking along a winding board-walk through through the coastal forest. 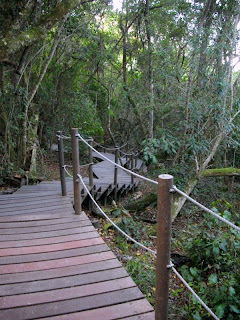 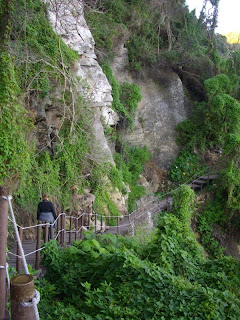 The vegetation was leafy and jungle-like. I was impressed by the enormous arum lilies, twice the size of the ones growing in my garden at home. 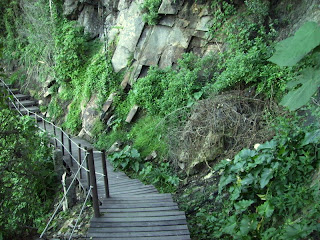 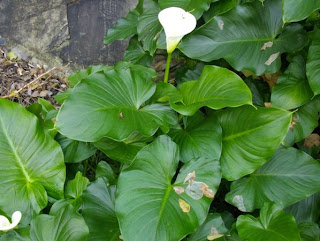 After a way we got our first glimpse of the suspension bridge down below. 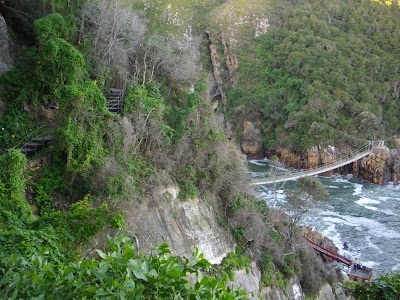 We descended down quite a few stairs to reach it. The slope was steep and there was evidence of a rock fall off to the left. On the right side workers were busy erecting scaffolding for a new building project (another bridge perhaps?). We read the info about the suspension bridge... 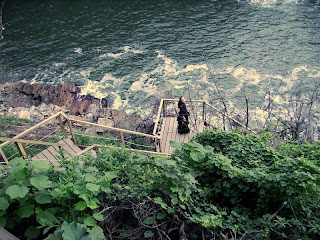 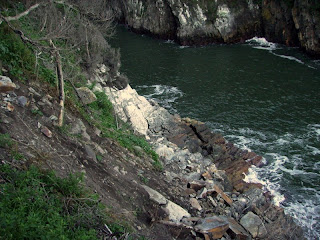 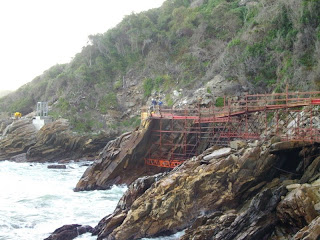 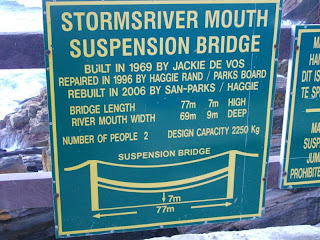 ... and then set off to cross to the other side. The bridge was bouncy, but very sturdy and safe-feeling. It is an impressive feat of engineering. 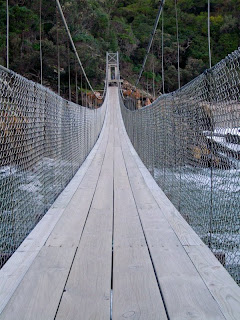 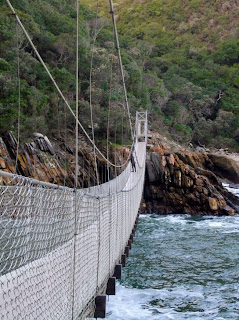 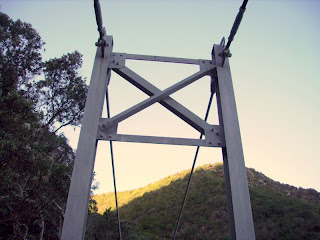 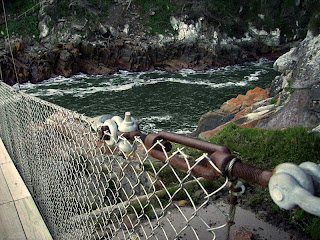 From the bridge we got a view up the gorge. 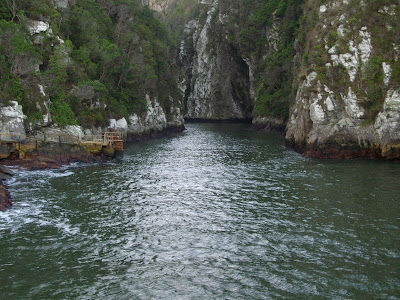 And from the eastern bank, another great view of the bridge. 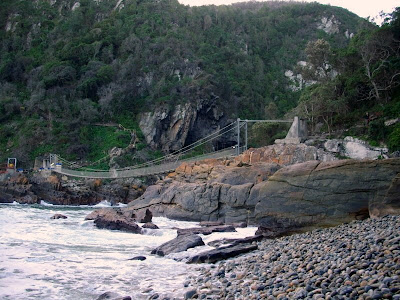 We could see across to the rest camp in the distance. There was no time to walk up the the lookout point on this visit as the sun was starting to set, so we turned back and made our way back to the rest camp via Mooibaai. 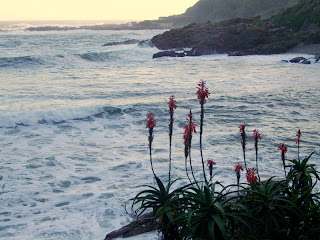 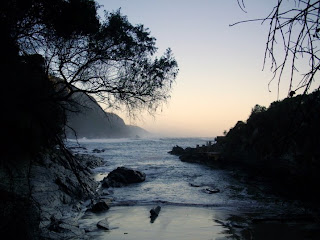