Another Amble in Newlands Forest 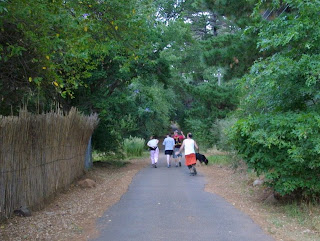 
We set off along the same path as last time we walked in Newlands Forest: heading left on the tar road, and then gently up on the gravel forestry road through the pine plantation. 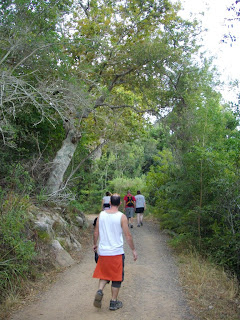 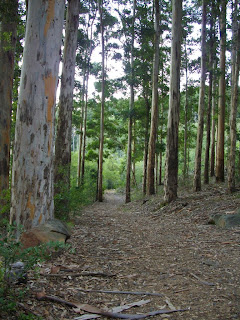 There was a week of news to catch up on as we strolled along. 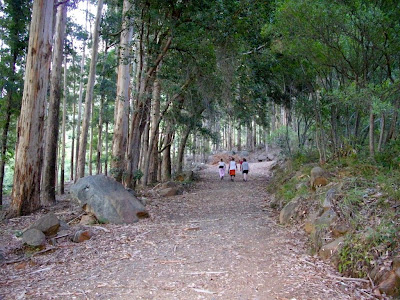 As soon as we cleared the plantation we could see the peaks above again. They were just catching the last rays of afternoon sunshine. 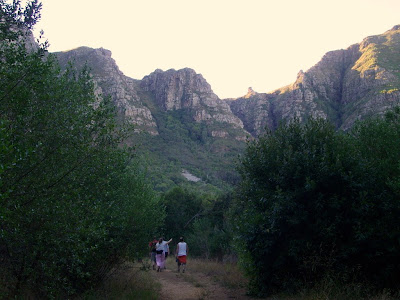 We found the Hiddingh path branching off to the left from our usual route. 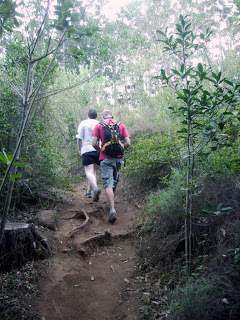 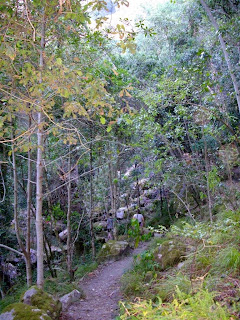 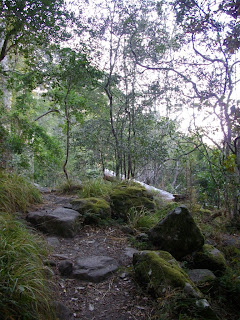 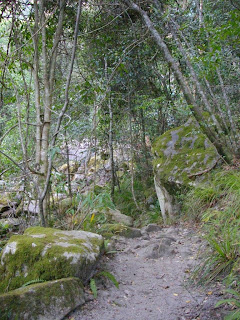 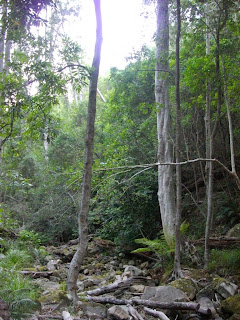 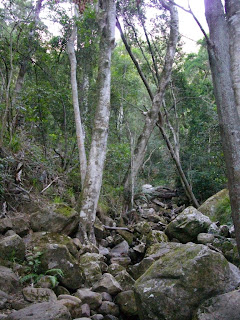 Richard and Daisy dog were having lots of fun! 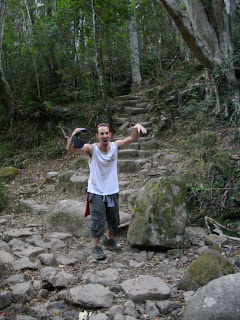 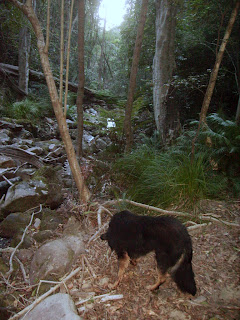 (Photo by Michele) (Photo by Helen)

We came out of the forest and into the open again. As it was getting late we didn't go up the Hiddingh Steps to the contour path. 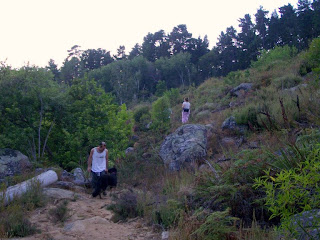 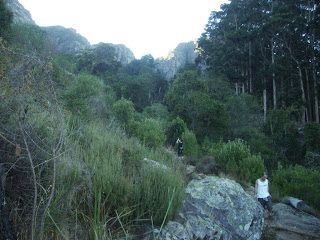 (Photo by Helen) (Photo by Michele)

Instead we followed another forestry road down to the start. 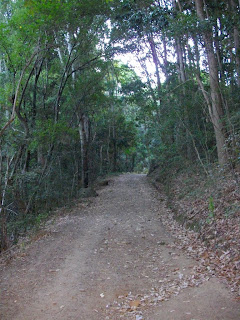 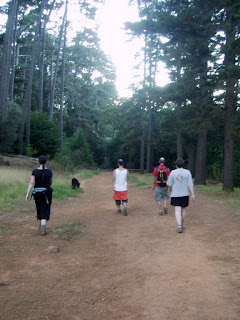 (Photo by Michele) (Photo by Helen)