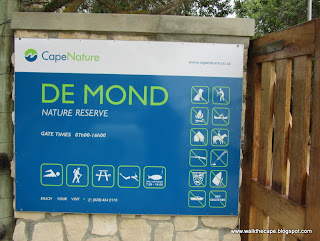 This was my first visit to De Mond, which lies on the coast between Arniston and Struisbaai. Dorothy and I met Ian and John there.

The first thing we did was stroll to the viewpoint to get the lay of the land. 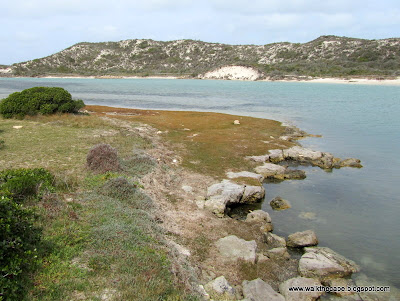 This meant crossing across the swing bridge. 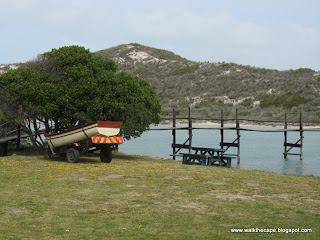 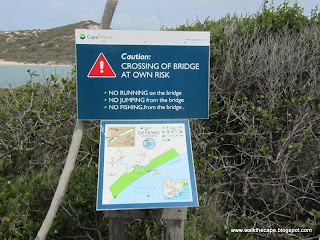 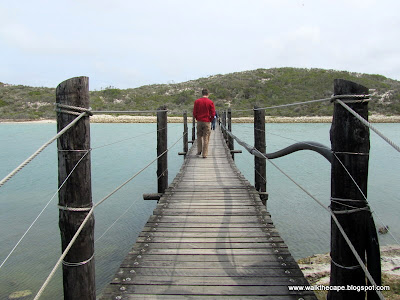 On the other side a small sign pointed us in the direction of the path up the small hill to the viewsite. 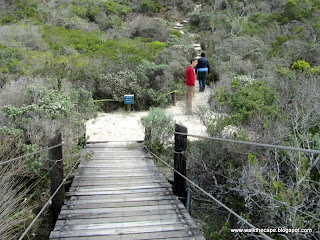 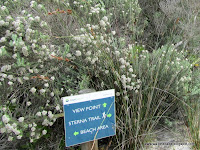 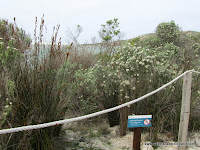 As we made the short climb we got fantastic views of the Heuningnes River. The reserve comprises this lagoon and river mouth and the coastline in both directions. Wow, it is gorgeous! 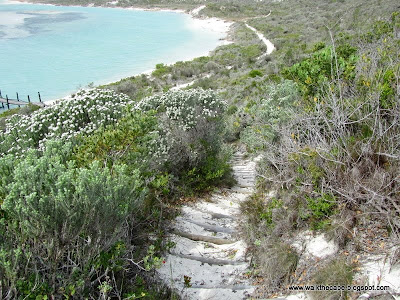 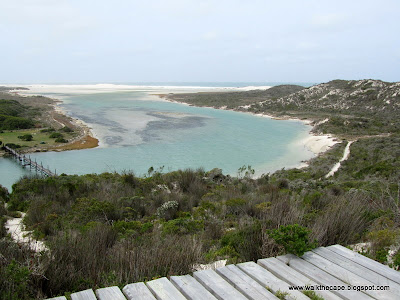 Later that day, once we'd settled in to our cottage on the reserve, we went for another stroll, this time along the only road (more like a track really) down towards the beach on the east side of the river. 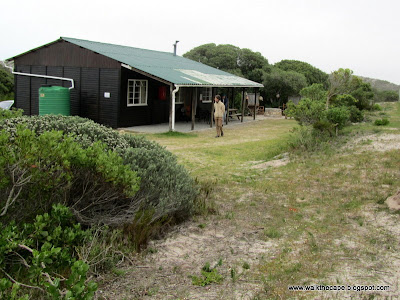 There was a short-cut from our house direct to the track. 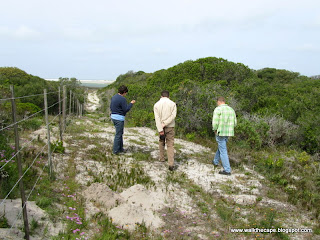 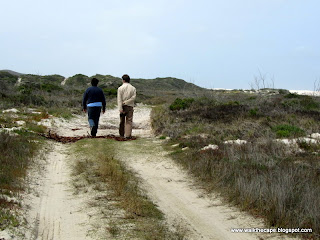 Lots of flowers on the wayside, including these pretty babianas. 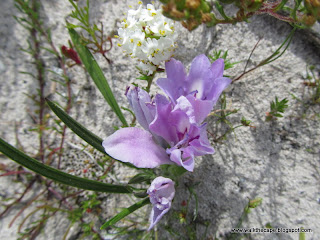 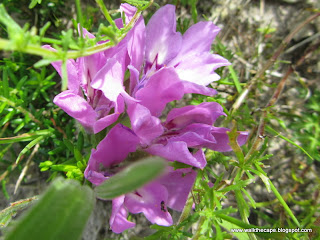 The road winds along between the reeds and coastal fynbos. I really liked the salty sea air and the big skies. 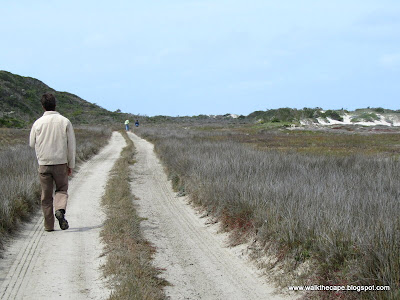 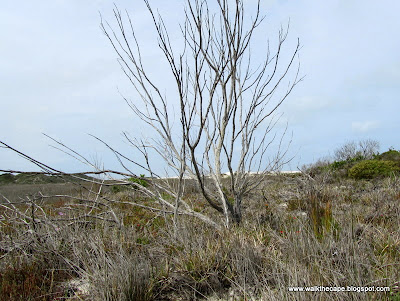 Bright yellow daisies were growing on the dunes. 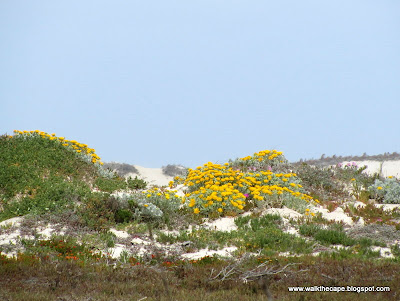 We saw lots of tiny dead fish on the sand. We guessed they had been brought in on a high tide and then stranded as the water receded. 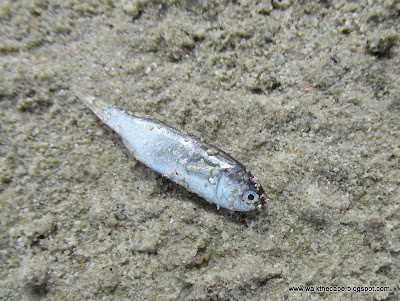 There was a lovely quietness to the place, with the purr of the ocean on the other side of the dunes in the far distance. 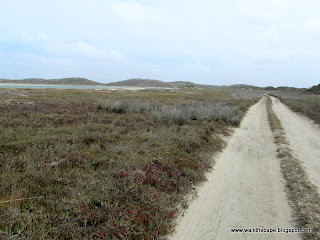 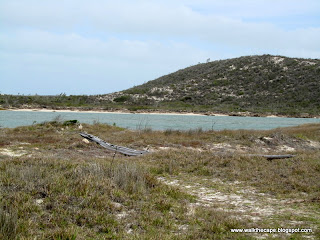 We walked the same track at same time the following afternoon and it was a rather different experience. Spitting rain and a very chilly wind... even bundled up with coats and woolly hats it was bleak and miserable. 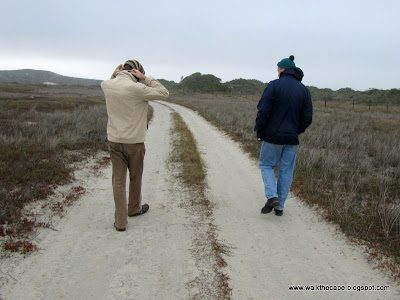 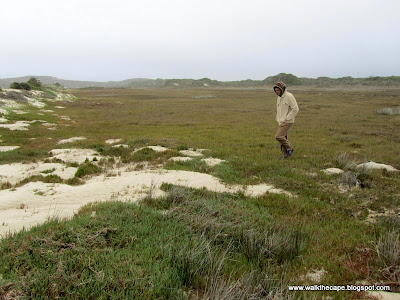