Sea Point Prom on a Saturday 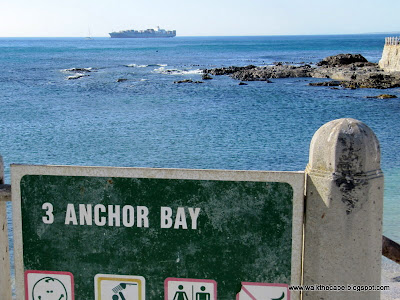 All walks along the Promenade archived here.


The wind was howling in the city bowl so we drove round to the Atlantic coast for a quick walk in Sea Point. The weather was fine here - only a little wind and lots of lovely late afternoon sunshine. We followed our usual route along the Promenade: from Three Anchor Bay to Bantry Bay and back. 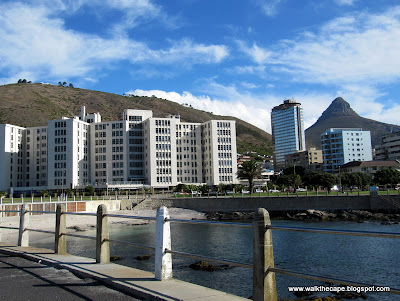 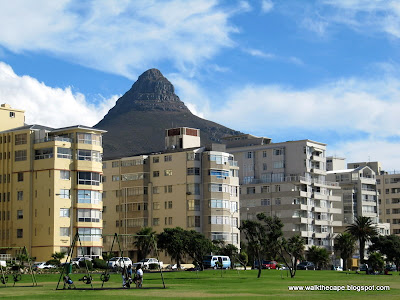 The Prom was looking good... the repaving project they were busy with last time has been completed, several new benches have been installed along the route, the public garden plantings were neat and tidy and the beaches clean and litter-free. 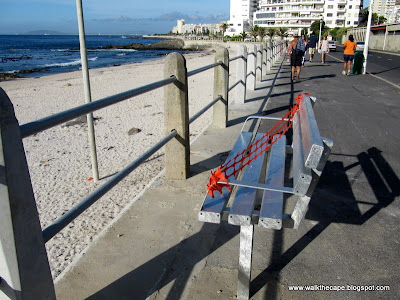 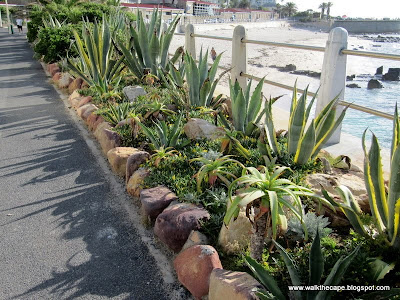 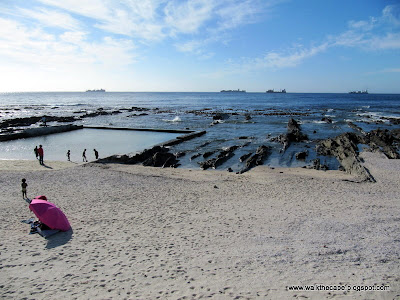 Lots of people on the beaches of course, including this group of picnickers almost all dressed in white. They had bunches of balloons, piles of gifts, glasses of bubbly and trays of delicious-looking food. So curious to know what they were celebrating in such style! 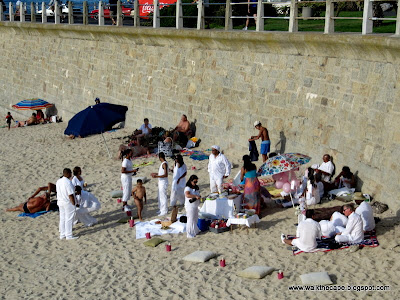 We've been watching the construction of a big house near Saunders Rock - almost complete now. Look at that amazing swimming pool on the roof! 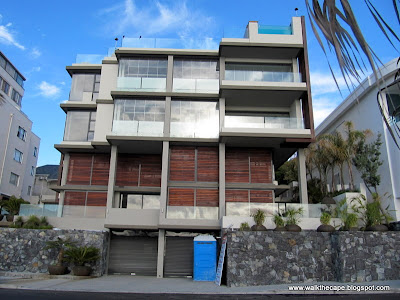 We were quite amused to see the starlings totally ignoring the rotating device that is meant to chase away birds. Ha ha - doesn't work for these cheeky little fellows! 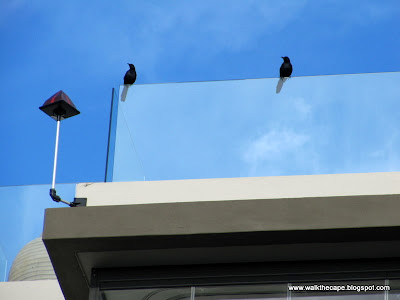 These weren't the only birds we noticed along the walk. We watched seagulls in the calm shallows. They were using their feet to rough up the sand on the bottom and then diving down to snatch up whatever foodstuffs they were freeing. Never noticed this behaviour before. 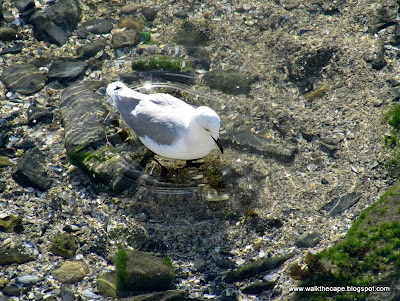 We also had a kiewiet (Blacksmith Plover) shriek at us as we walked past. Got too close I guess. 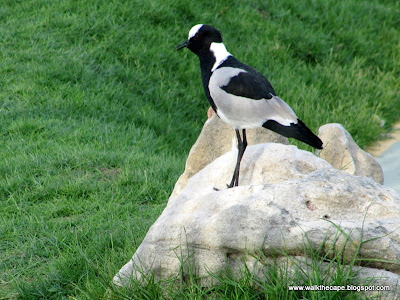 There were gorgeous skies on the walk back, as the day began to fade. 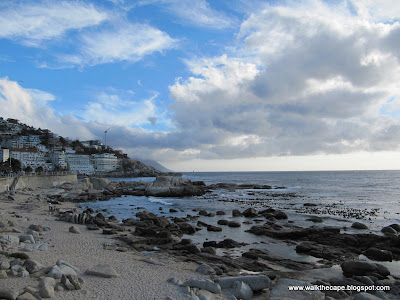 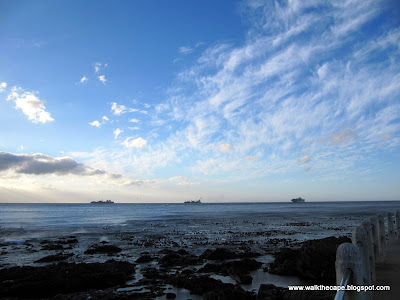