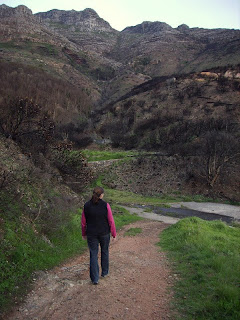 On the last walk in the area I realised that there were many paths to explore on the lower slopes of Devil's Peak. So we set off one weekday afternoon to try a new one.

I was also curious to see if all the rain we've had recently had started to green the slopes a bit after the fire in March. Unfortunately not really... although the steams were flowing strongly and grass was sprouting, the landscape still felt overwhelmingly scarred. 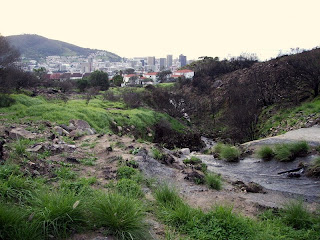 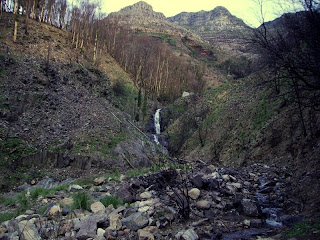 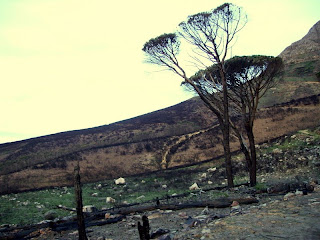 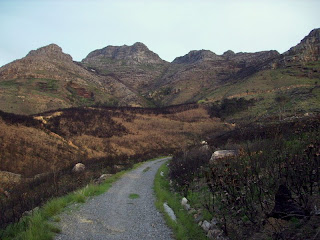 From the quarry we walked on the main cycle track towards Table Mountain. There were lots of cyclists and dog-walkers out and about enjoying their exercise in the late afternoon sunshine. We walked for a way on the winding road, and once we'd had enough, turned around and returned on the same route.

As the sun began to set Table Bay was bathed in the softest pink light.

And a little while later the sun set behind Lions Head and Signal Hill, flooding the sky with a breathtaking apricot. 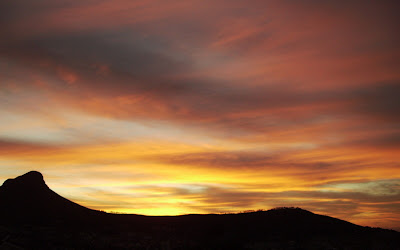