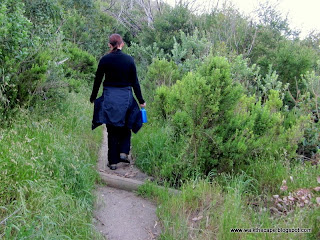 Today, instead of taking the main track to the left that leads up the mountain, we took the path to the right. I love this route... it is an easy walk through delightful fynbos. 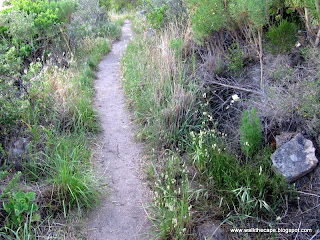 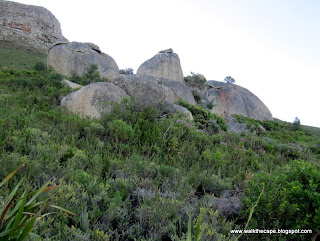 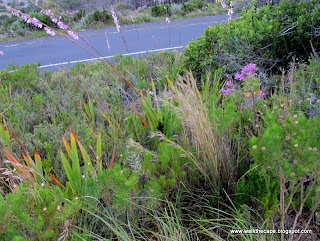 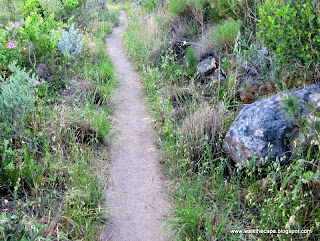 The chincherinchees, Ornithogalum thyrsoides, are in full bloom now. 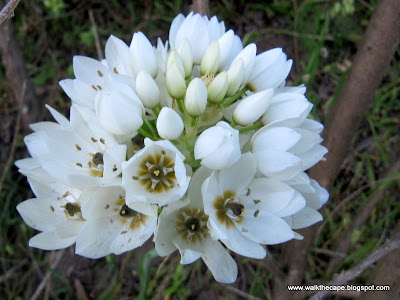 We saw some of the orange Watsonia tabularis... 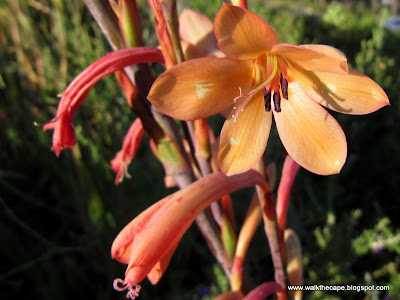 ... and lots of the pretty pink Watsonia marginata. 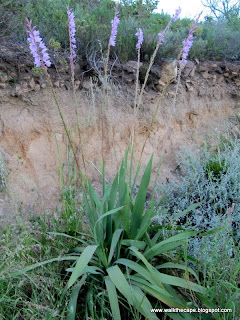 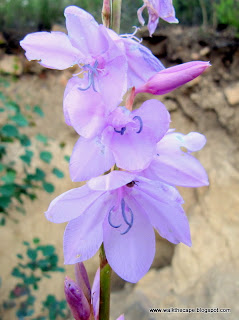 Our path circled round past the canons and joined the route that runs along the spine of Signal Hill and up Lion's Head's north slope. We turned left onto this path and followed it up the hill. 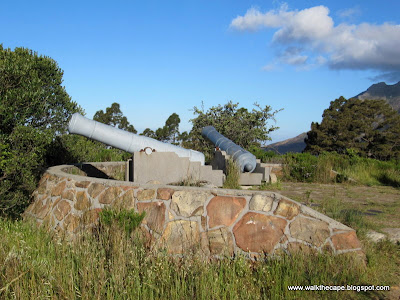 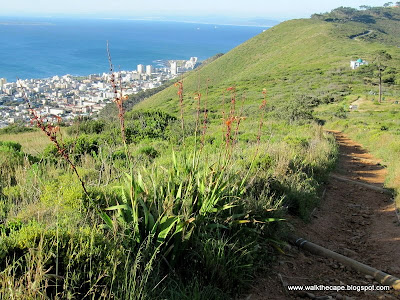 One gets a rather unusual view of Lion's Head from this side. 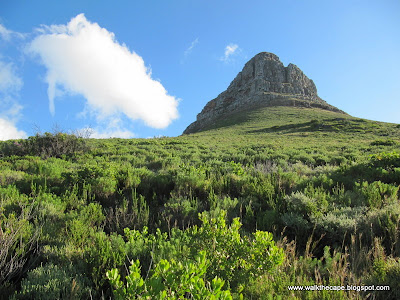 Two blue flowers caught my eye on the way up. The first is Lobestemon argenteus. Not sure what the other one is (yet!). Update: I think it may be Otholobium hirtum. 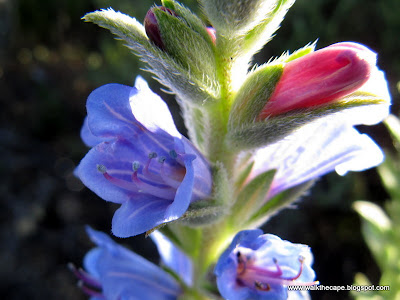 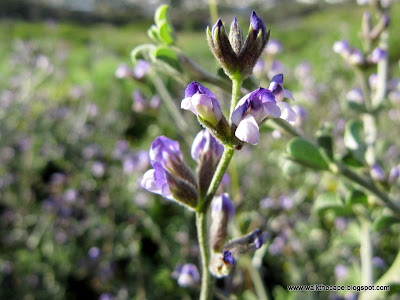 After going straight up for a little bit, our path zig-zagged past some granite boulders. At a split we kept right and circled round the western slope, past more boulders, until Camps Bay came into view. 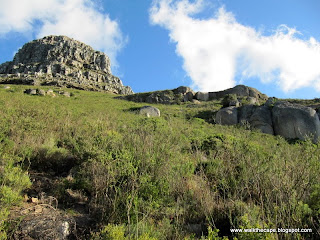 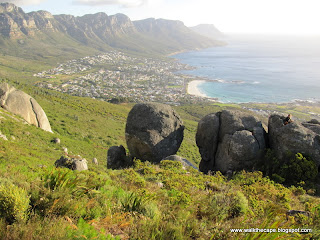 This route led us straight back to the main path. We debated turning left and continuing up, but we'd had enough walking for the day so instead took a right and followed the road down. 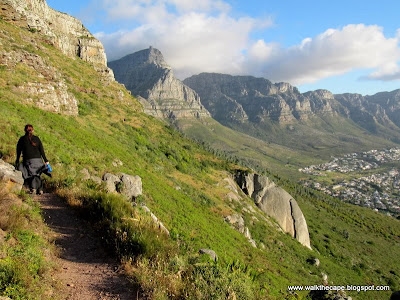 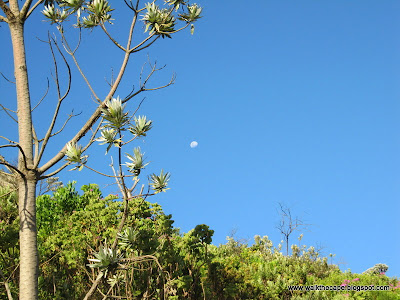